Reality TV star, Eriata Ese has taken to social media to disclose the major reason why she doesn’t really fancy flaunting her life on the gram.

It is no longer news that a number of people only keep up appearances on social media and deliberately appear larger than life so as to have the envy and respect of others.

Well, it seems singer, actress and reality star, Eriata Ese, does not subscribe to this mind set. The young lady who is famous for being the fake housemate on the 2017th edition of BBNaija has explained her reason for keeping a low profile on social media.

According to her, She stated that it makes no sense knowing you are rich on social media and dead broke in reality.

Btw I’m currently in a transition mood I’ve been swimming in peace of mind, love, food and other nutritious stuff I guess I over fed so I’m at the gym trying to shake some excess off my body” 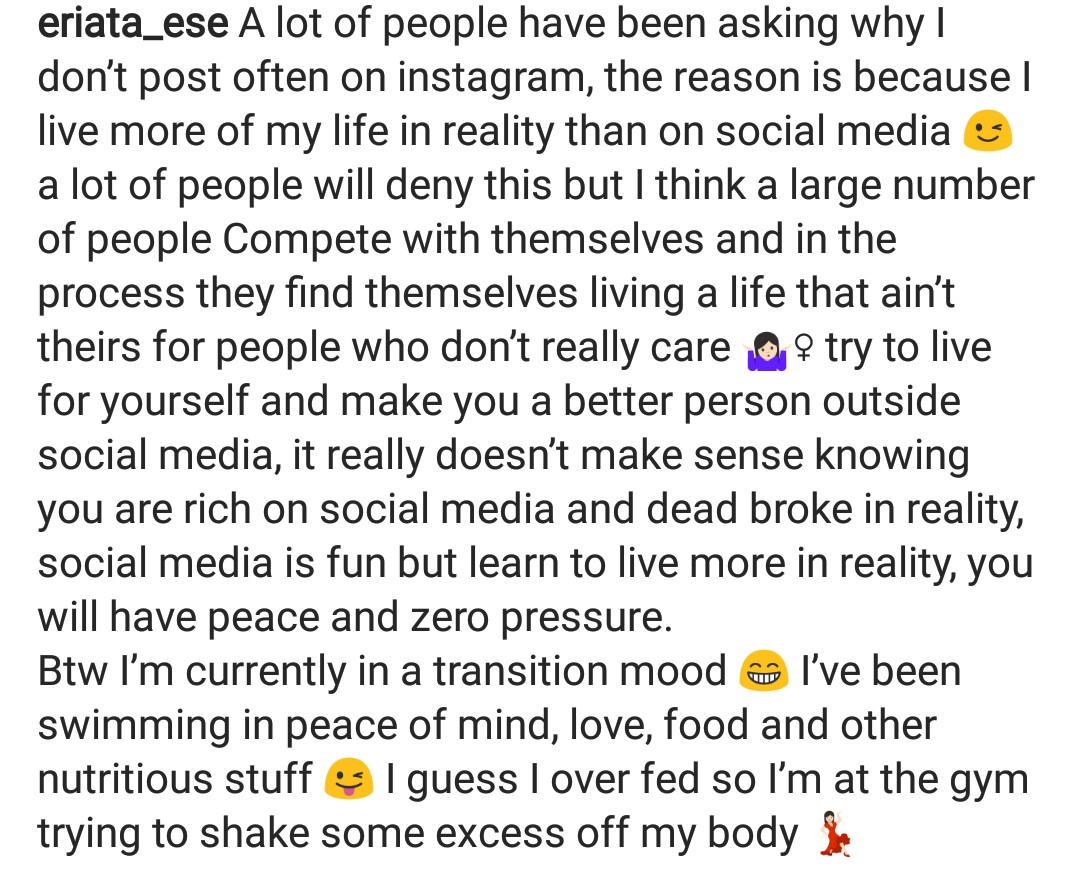