Floyd Mayweather has offered to cover the funeral expenses for George Floyd, the African-American man whose death while in police custody in Minneapolis prompted protests across the United States.

The former five-division world champion’s promotional company, Mayweather Promotions, confirmed on Twitter he had made the offer, and several local media reports have said the family have acce

TMZ Sports tweeted a picture of a cheque from Mayweather to George Floyd’s funeral service for $88,500. 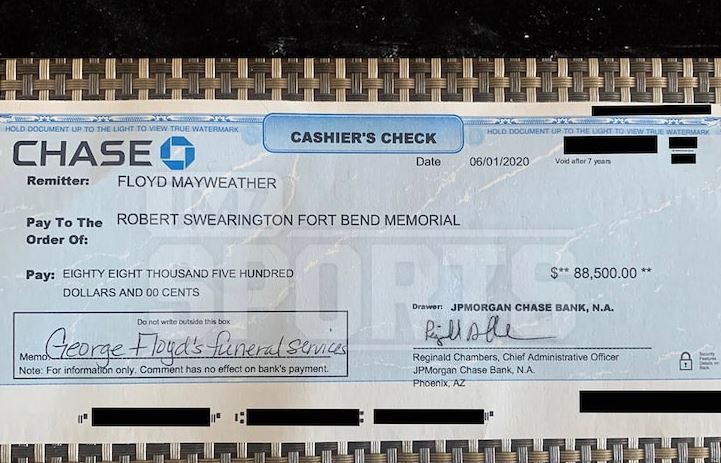 Mayweather also paid for the funerals of Genaro Hernandez, his former opponent, and the legendary Joe Frazier in 2011.

Mayweather Promotions and the boxer’s agency have yet to respond to a request for comment.

The Minneapolis police officer who kneeled on Floyd, Derek Chauvin, has been sacked and charged with third-degree murder and second-degree manslaughter

Three other officers involved in the arrest have not been charged.

The incident has prompted anger across the United States and abroad, with numerous professional athletes and leagues speaking out, including NBA great Michael Jordan and golf’s 15-times major champion Tiger Woods.

Comedy has no doubt added a lot of variety to radio listening pattern. It becomes a lot more fun as drama and satirical styles are employed to reflect the true happenings in the society. With local music content and an apt cast, fun, educating plus loads of information is guaranteed.

white folks kneel to beg blacks for forgiveness over racism